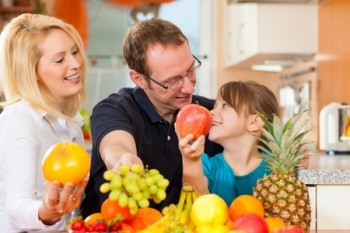 The vitamin craze the past couple of decades is beginning to come to a sensible head. Where we once insisted that all kids take their vitamins (pick a vitamin, any vitamin!), we now work to help kids eat their vitamins in whole foods and supplement only when necessary.

Healthy foods are being marketed to kids more and more, while popular multivitamins have been revealed as low quality, dyed, and otherwise artificial.

We should be careful not to throw the baby out with the bathwater – or the baby’s supplements out with the empty chewables. As with adults, it is difficult for kids to get every nutrient necessary via diet alone, thanks to food growth practices, affordability, and accessibility problems, not to mention picky eating. One supplement that we advocate for young and old alike is beta glucan. As a powerful support for the immune system, beta glucan covers your kids’ bases while navigating a healthy childhood.

What is Beta Glucan?

Found in the cell walls of bacteria, yeasts, and fungi, as well as in the bran of some cereal grains, beta glucan is a fiber used as an additive or a supplement, depending upon the source.

As a molecular structure, beta glucan is a polysaccharide – or, a strand of glucose molecules. Along the strand, bonds or branching chains may occur at specific points, slightly changing the structure and type of beta glucan. These variants are indicated by numbers and letters. So, when we see beta glucan listed as an ingredient or supplement, it may read beta (1,3) (1,4) glucan, or beta (1,3) (1,6) glucan, etc.

Because sourcing and purity is so important with beta glucan, we have to go over it before ever discussing the benefits. A tainted source or an ineffective type of beta glucan will never bring about the immune system benefits that we’re looking for.

Unless you are a chemist, it’s probably going to be difficult and is certainly unnecessary to know the ins and outs of molecular composition. What’s helpful to know, though, is that the numbers 1,3 and 1,6 indicate biologically active forms of beta glucan. Every function in the body occurs on a cellular and molecular basis, so the molecular breakdown of our foods and supplements interacts with the molecules in our bodies. In other words, the structure of a beta glucan supplement can make it more or less likely to benefit the body

Other descriptive terms pinpoint details about beta glucan’s sourcing and structure, so that it can become an elaborate description. Beta- 1,3 D-glucan is derived from the cell walls of baker’s yeast, and has become known as one of the most effective forms of supplemental beta glucan. (1)

A clean source of this kind of beta glucan presents as a soluble fiber, which you may recognize as an important macronutrient. Fiber is vital to the health of the digestive tract, which helps to regulate immune responses and nutrient absorption. Especially when a supplement is for a child, purity and effectiveness are incredibly important. The beta-glucan that we promote and use is our very own Better Way Health Beta Glucan manufactured by AJ Lanigan; AJ distributes the purest form of Glucan on the market in order to ensure the maximum immune system benefits for you and your child.

The immune system is a web of intricate reactions and responses, many of which researchers are still learning about. We tend to talk in generalities about boosting the immune system, when in reality we need more than just an increase in immune activity. A primary immune response is to increase inflammation – simply increasing that type of response is not always beneficial.

Instead, immunomodulators like beta glucan regulate an efficient immune response. Inflammation is meant to carry white blood cells to infiltrating threats. Some of these white blood cells are called macrophages, which engulf and destroy threatening substances. Macrophages are activated by beta glucan intake, making them alert to cells and organisms that should be targeted.

In a 2013 study, children were observed for immune response after beta glucan supplementation, and the results were impressive. Before the study began, researchers from the University of Louisville noted that, “Several thousands of published studies showed that glucan has significant effects on both branches of immune reactions on reducing stress, and protection against the negative effects of environmental toxicity.”

The goal of this particular study was to analyze the way that beta glucan helped the body to react to heavy physical activity, which normally lowers immune function. With beta glucan supplementation, however, children saw stabilized mucosal immunity – the immune function that makes pathogens “slip” through the body and never attach or begin to infect. The researchers concluded that there were “strong effects of glucan supplementation on the overall health status of all children in this group.” (2)

Think about the way kids tend to “crash” after a big game, a long weekend of play, or the first big swim day of the summer. Regular exercise is beneficial, but excessive physical exertion is taxing for anyone. Beta glucan helps to mitigate this overload and keep the immune system working optimally under any circumstance.

The Air They Breathe Affects Our Children's Immune Systems

Our kids immune systems are bombarded daily by breathing in a variety of environmental pollutants.

School-aged kids wind up missing many days of school each year as a result. Not only are our kids miserable, but they are missing school and parents are missing work to care for them

Once again, the immunomodulating effects of beta glucan come into play as beneficial – even necessary. Not only has it been shown to increase the immune function of mucous after stress, but another randomized, controlled study observed a similar increase in the face of pollution. (3)

As the studies evaluating children and beta glucan were developed and analyzed, author Vetvicka Vaclav notes,

"A Properly functioning immune system is crucial to defend against all invading pollutants."

Currently, yeast-derived glucans were confirmed to have beneficial effects against many of these threats (Talbott and Talbott, 2012; Auinger et al., 2013) In addition, glucan was found to significantly improve the immunosuppression caused by various toxins (Vetvicka and Vetvickova, 2012), making it an optimal molecule for children from environmentally polluted areas. [sic].

It’s important to note that not all pollution looks like smog. Our homes are filled with machines – TVs, computers, appliances – plastics, and synthetic materials that leach toxins into the air. Even relatively benign “off-gassing” can add up to a lot for little bodies.

Second hand smoke, however, is more than a contributor to pollution – it is one of the most dangerous things a child can be exposed to.

In observing children’s responses to stress and pollutants while taking beta glucan, the 2013 series of studies also took a look at the way beta glucan may block some of the damage that second hand smoke and other systemic stresses can cause. The results showed that the children taking beta glucan had clearly (but not surprisingly!) lower stress response levels than their peers, even in the face of second hand smoke.Each analysis from these groups of children revealed additional areas of benefit brought on by beta glucan supplementation.Beta glucan is comprehensive immune support that may be your child’s strongest health and wellness ally.

As a food derivative, beta glucan has the GRAS rating by the FDA, and has not displayed toxicity in supplement form. Pure, high quality supplements are vital, however, to ensure efficacy.

We can learn all we’d like to about the benefits of a substance, but if those properties aren’t included in the supplement we chose, none of it will be realized. We strive to provide that quality in every supplement we supply and recommend, and beta glucan is no different.

The studies cited here for children’s use of Beta Glucan used 100mg doses, but the manufacturer’s recommendation should always take precedent.