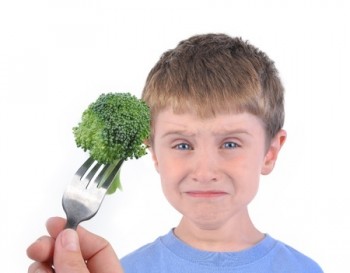 Our kids are our future, and if we are what we eat, the future looks to be rather unhealthy. The foundation of health is the diet. A key component associated with that is sustaining the intestinal flora that’s connected with immunity, cognitive function, and overall wellness. For picky eaters, the struggle is even more prominent.

It’s hard enough to be a healthy kid in today’s culture, but adding a layer of genuine distaste for healthy food makes nutrition daunting and frustrating – for the child and everyone around them.

Just before the millennium, toddlers were evaluated for their nutrition scores, with the parent-described “picky eaters” noted. As one might expect, the picky eaters had lower scores, receiving fewer nutrients. (1)

Those toddlers are adolescents now, and not much has improved for them. The CDC indicates that adolescents obtain nearly 40% of their daily intake in the form of empty calories. (2) Kids, bombarded with marketing ploys and burdened with fast paced lifestyles, simply aren’t getting the foundation that they need – instead, consuming diets full of empty calories and sodium-heavy processed foods.

What Makes a Picky Eater?

Sometimes, we jump the gun and call a child a picky eater before they’ve even had a chance to become familiar with new foods. A 2004 survey noted this trouble spot, as parents were only presenting new foods a handful of times before declaring their child to be picky.

In reality, it takes many attempts – closer to 15 – before a child can really be comfortable with the new sights, smells, textures, and flavors of a new food. (3) So what we think is a picky eater may just be a cautious child who needs to be given the opportunity again.

Other times, picky eating has an underlying cause that may need to be addressed. Last year, the International Journal of Food Sciences and Nutrition published a study that explored one potential cause. Several hundred teenage girls were analyzed for their ability to taste, using salt levels, and the researchers found that the girls with less range of flavor also had low levels of zinc. Could your picky eater just need to get more zinc in her diet so she can finally taste and enjoy food?

No matter what the cause is, really, good nutrients still need to make their way into kids’ diets. Coercion doesn’t help. Most adults who were forced to eat a dreaded food as a kid are highly unlikely to change their mind about that food later. We all have one – lima beans, liver and onions, Brussels sprouts – if you fought and negotiated bites for a certain food as a kid, the memory is forever connected. (4)

Presenting vegetables more frequently is important, moving them from “new, scary food” in the child’s mind to simply being part of dinner. In the meantime, a study found in the American Journal of Clinical Nutrition found that sneaking vegetables into a child’s diet is an effective way to help kids get what they need without extra fuss.


How to Sneak Vegetables into Foods

Until kids are used to the textures of vegetables, including them in hidden portions of a recipe can help them obtain nutrients without being put off by the parts they dislike. It takes a bit of skill, though, as any mom who thought the kids were “just faking it” knows – the smallest little piece of onion can be detected in the biggest bite when a kid has a real aversion!

Make sauces. With a little bit of prep work, the easiest way to sneak vegetables into a recipe is to have them ready to pour when you are making dinner. Steam vegetables, then puree them and keep them on hand for your next cooking adventure. Add to sauces and batters to increase the nutrient value without changing the flavor or texture.

If you’re adding a puree to a baking recipe, be sure to downgrade the liquid content to balance out the consistency.

Mix textures. Another way to hide vegetables is to tuck them away under other, more desirable textures. Sometimes, avocado is just too slippery and mushy. On those days, toasting the bread to provide a bit of crunch, dipping with pita as well as veggies, or chopping finely can help to tuck the textures and flavors in with the others in the recipe.

Make ice cream. When all else fails, head to the blender and throw it all in together. Frozen bananas or mangos are thick and creamy when blended, hiding vegetables for even those newest to the smoothie trend. Add handfuls of leafy greens to start with, then slowly work up to more substantial veggies like celery and rainbow chard. Make the smoothie as sweet and rich as you and your so-called picky kids enjoy – turns out, they like a lot more than they realized!

For Best Results: Involve Kids in the Kitchen

Sneaking only lasts so long – eventually, you’re going to be found out. Making kids aware from the get go is another strategy, avoiding the big reveal and potential frustration.

You can still hide the textures and flavors as needed, but if the kids are involved in the process, you are giving them tools for healthy living rather than hiding something away just because they don’t like it.

A 2013 study in the journal Public Health Nutrition looked at kids who are involved with meal preparation and cooking. Without question, helping in the kitchen does wonders for kids. The study summarizes, “Higher frequency of helping prepare and cook food at home was associated with higher fruit and vegetable preference and with higher self-efficacy for selecting and eating healthy foods.” (5)

Sneaking vegetables isn’t giving in to fits or enabling picky behavior. Done right, sneaking vegetables into your kids’ diet – with them at the helm, helping you prepare it all – is teaching them how to eat to live. It is setting them up for success and giving them tools to feed their bodies well. So go ahead – blend up another round of carrots for the room!

5 Reasons Why Every Child Should be Taking Beta Glucan

How to Boost Your Child’s Immune System

Subscribe & Save with free shipping
to keep your family protected for years.